Apple iPhone 7 Plus
4.9
prices in Singapore 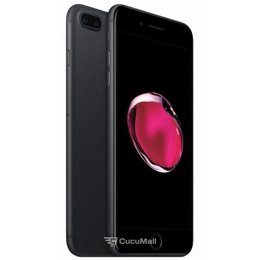 Reviews about iPhone 7 Plus

SARAH
Guest
16 March 2017
Recommend purchase
Pros:
Camera is so much better and
Cons:
Screen is so fragile it cracks so easily
Reply Is this review helpful?YesNo

Thomas
Guest
16 March 2017
Recommend purchase
Cons:
Battery life is terrible, especially when using Bluetooth. The phone has crashed twice within he first week of having it, so hoping it doesn't fully fail, otherwise I will be going back to an android phone.
Reply Is this review helpful?YesNo

SOVEREIGN! Have both Android and iOS where I lathes over the years. Now to this beautiful phone that I'm really happy with. Certainly there are things that can be better. Hence no jackpot. It is particularly jagsaknar QuickCharge and 1440p screen.

After a month of use, I can not say anything else one that I'm very happy. I will obviously from an earlier model of the iPhone, which was 6 plus and not (S). For starters, I'm very happy that it went from 16GB to 32GB of storage memory which is standard on most phones today. I had 64GB of storage memory on my 6 plus before and how many apps I added that I took advantage never a hefty 25GB of 64GB included operating system. Therefore the 32GB choice for me then for me then I can do well on it. Battery life was to overthrow the reason that I bought the Plus model, and teach say that the active use of the phone to manage battery life for a whole day without worries, and usually charges the inside on the second day. When I listen to music, web sites, and facebookar instagrammar. Performance-wise, it is a marked difference from my previous iPhone 6, incredibly more responsive and so on. To upgrade the OS can be an energy thief in a telephone making it more tired and lethargic. Is not it great changes or things you do not need to stick to the same version of the operating system it came with so your iPhone will always feel like new. Still as slippery in the hand as my past, so the shell's preferable. But the quality feels flat and very solid. No complaints there! The color black as I have remind me of my iphone 5 and thanks very much for it. After this time, with Space Grey, I give black color is a warm welcome. Very handsome! Then to it many seem disturbing to most of the headphone jack. Yes it is unfortunately physically away from the phone but comes with an adapter for those using the 3.5mm jack. Do not cry over spilled milk then the possibility is still there. Then the camera which is also one of the most important factors for me because I love to take pictures. I think this camera is one of Apple's best (However, the camera is manufactured by Samsung but they do not bother me in any way then this camera gives fanatical images in both autumn darkest and brightest days. Was very many nice pictures of Gavle Capricorn 50 years of dedication today 161,127th I can definitely recommend this iPhone 7 plus to all young at heart with more or less experience of the iPhone. ------------------------------ We draw the little jokes and side here for the person under the name Solen123 that feels a little more mörk123 in comments. The sun shines not stronger on the other hand, I have heard and feels more likely that he does not own an iPhone but assume what Apple did not choose to have in their products. Yes, Apple is quite clear about its products and adds absolutely no more a what people need. Adding the extra things can also mean extra concern and to add extra things do not make a phone something extra better in some way. Some phones have something called fast charge: Sure, they can be good for a person's daily stressed and often unable to think a little longer to charge the phone in a time of stress, recharge a phone 2-3 times a day. Then I simply charge the phone in advance. What do you think will be the result of this stress load? They let me get you to think a little extra on when you really do not need to be a rocket scientist to it. But then I have a tip for you iPhone owners who want to charge the phone a little faster without damaging the battery on an iPhone 6 or newer: buy / use your iPad charger as you lower the charging time by around 30-40% Then the FM radio which is internet based today and not a built-in hardware function without software which everyone has access to whatever phone manufacturers, but perhaps he / she is not aware of. IR port, yes they were, I remember when you could transfer images / ringtones to / from another phone before Bluetooth was standard. What I know is not a function of all phone manufacturers choose to have in their phones as it is an extinct technology. If you want to control multiple media devices with a remote control, then the choice Logitech Harmony, or use an app from your TV provider / media manufacturers which in my case is Telia offers app "Zappa" which uses Wifi. I control my entire home cinema / music system / TV via WiFi. Then there's battery life? Now I do not know which phone solen123 use today but are probably getting phone that offers the cruel battery life iPhone today. Enough with dumförklaringar to Solen123, but sometimes it is unfortunately not plowed right through.

Bought "unfortunately" an iPhone again. Previously very inside to wait for the next Nexus because I refuse Samsung I find no Android phone that has the same build quality. The requirement is also a pure Android without a lot of bloatware and debris. This is hopefully my last iPhone (I said the same thing when I bought 6+). Had Google Pixel released before I bought this I had anyway been thinking about it. But it is to the forest too expensive. Apple has in any case high resale value. I sit and wonder what happened to the phone market. Just a year ago, people were so efficient that they bought laptops at Media Markt for + You know what you get. Build quality, good product through and through. - PRICE (!) +/- The usual pros and cons Apple products with it.

Actually not a necessary upgrade because I already had a 6S but the daughter needed a new back then ... No major changes in appearance compared with the 6S, most little refinements. I chose to go up to the Plus model to get a little more "news" than I had I stayed in a standard 7: a. advantages: -Now Fully waterproof. 6S had some seals compared with a 6 gear. Nothing like Apple told anything about then. Be well little a "beta test" for the next generation. -New Faster A10 processor. -RAM Memory now of 3GB against former 2GB (only Plus model). -New 12MP camera with dual lenses. Very good camera. Portrait Mode came with the update of iOS came yesterday so I have not had time to test yet. -New 7MP "FaceTime" camera. Slightly better than before. -New Home button and Taptic-engine. Feels much more modern and faster. -Batteritiden. Much better than a standard 7th. Nackelar ?: Inch size? It was a conscious choice on my part, that is no problem for me. Are you a bit sensitive so should compare both models before making a purchase. -Skärmupplösningen? It was also one of the reasons I chose the Plus model, to get a FHD display (1080p) that's not the usual number 7 has. A little better. But it is (as some believe) a problem that it has even higher resolution anyway? No it does not strike me as it still is one of the best on the market. -To The analog output is removed? My opinion: finally, they have removed the old "gritty" end and looked ahead. A phone that I'm very happy with!

Had it since it was released. Very pleased with the phone even though the update was the most economical so far from Apple. Went from 6 Plus to this, and feel the phone much faster. I find the sound very much better with the new connector. That they removed 3.5mm jack is nothing that bothers me. Had I had a 6s so I probably regretted it pretty hard. Can not imagine there is much difference between them. Hardly so that there is no difference between the 6 and the 7-ball. Will it not be a big change for next year (hopefully iPhone 8) so I abandon Apple for the first time. Had all iPhone models since it came.

Reply Is this review helpful?YesNo
Compare

You have not selected any models yet. Select at least two for comparison.

The information about recently viewed products or categories is stored here. You have not viewed any models yet.